ARTPRESS is proudly working with Momentum – 8th Nordic Biennial of Contemporary Art, which will take place in Norway from June 13 until September 27, 2015 under the theme of “Tunnel Vision.”
Since its inception in 1998, Momentum has strived to present compelling works of art and outstanding artistic ventures in a Norwegian and Nordic context. The biennial has since become established as one of the most exciting platforms for contemporary art in the Nordic region. In the beginning of February we visited the biennial venues, located not far from Oslo in the town of Moss.

We talked with the organizers about the biennial. Read what Director Dag Aak Sveinar has to say about Momentum’s history and profile.

We will keep you updated with more interviews to come! 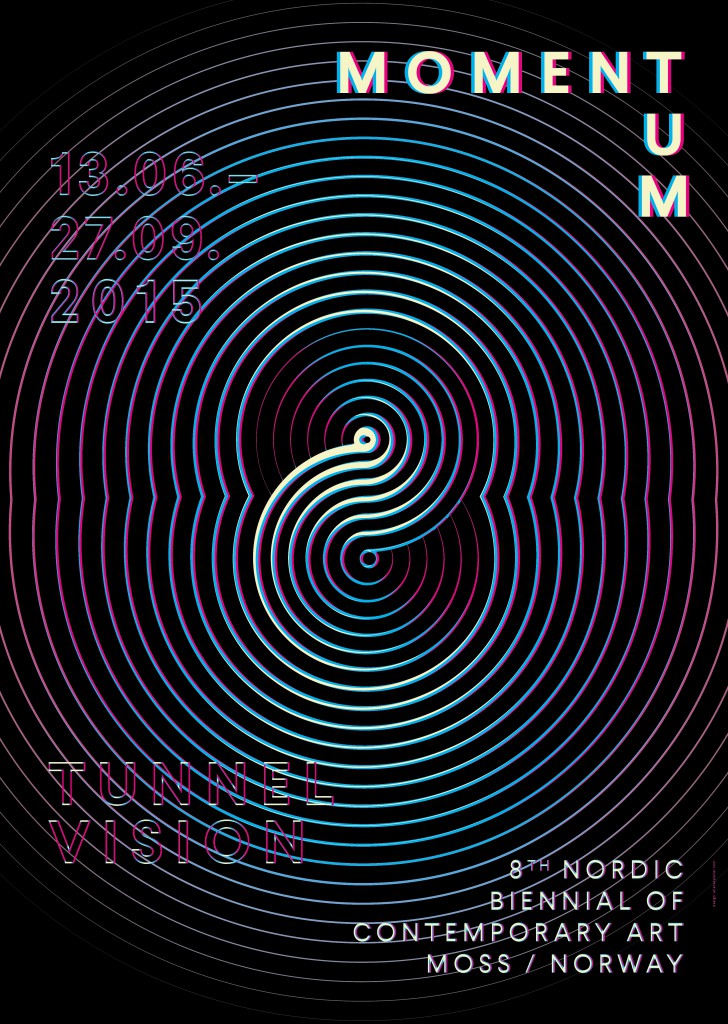 Today Momentum is one of the most established biennials of contemporary art in the Nordic countries. Can you tell us a little bit about the background of Momentum?
In 1966 the Brandstrup brother’s, originally from Denmark, opened Galleri F 15 in Moss, which originally focused on contemporary art, craft, and land art. The gallery is situated at the Alby Mansion on the island of Jeløy in the Oslo fjord. In 1992 the Norwegian Ministry of Culture began supporting this highly successful venue with annual funding.
During the 1990s the people of Moss and Galleri F 15 wanted to do more for the growing contemporary art scene and organized the first Momentum Biennial in 1998. This was the era of the “Nordic miracle,” a political and cultural concept and driving force that provided the necessary euphoria to make such an event possible.

Momentum has always had an international profile, but when did the biennial start to extend its reach outside Northern Europe and why?
Momentum began to make this shift in 2004 and has done so more definitively since 2007, when I became director. To me this seemed the way to proceed. Today, limiting the choice of artists merely to the Nordic region seems exclusive and intolerant, and few artists today would explicitly define themselves as belonging to this region.
The “Nordic miracle” implies more than simply having the Nordic countries as a common point of origin; it has been shaped by the artists themselves, curators, and the international art circulation to which they belong.
However, for the selection of the curators I have consistently collaborated with Nordic art institutions, such as Frame, ICA, Kunststyrelsen, and IASPIS, and I think the curatorial staff should have Nordic competence. We always address “Nordicness” in one sense or the other in the biennial. The “Nordic” is a political and cultural idea. As such, it is undergoing constant change, and, for us, it can offer a more conceptual or pragmatic way of orienting the arts towards the world.

In addition to Daniel Birnbaum, Ina Blom, and Paula Toppila, you have had other important art figures curate Momentum. How did you make the selection for this year’s curatorial team, and what is your aim?
As I mentioned, I collaborate with Nordic art institutions, and I went on a tour to various Nordic countries to interview possible candidates. We subsequently received a great number of proposals, and together with Maria Havstam, Head of Communication and Curator at Punkt Ø, we put together this years team.
The members of the curatorial team are all equals, and they share the responsibility of defining and developing the biennial with the staff of Punkt Ø. Momentum does not bring in a chief curator who then selects co-curators—although some of our previous curators have become star curators. This may reflect some of our Nordic thinking about equality and the culture that we foster in terms of the production of the biennial and the selection of the curatorial staff. Our aim is to be part of an ongoing process of seeking out new developments within today’s artistic and curatorial practices.

What excites you the most about this year’s edition?
Momentum enables a manifestation and expression of artistic and curatorial ideas to a degree of concentration that is rare if not unparalleled in Norway and the Nordic region.
The curatorial team’s concept or crossover theme Tunnel Vision offers numerous reflections but also entails an element of sensuality. I’m also excited about how the biennial makes demands on the spectators’ time and attention spans with its multiple paths and entryways and how it draws the spectator into extended environments and situations.