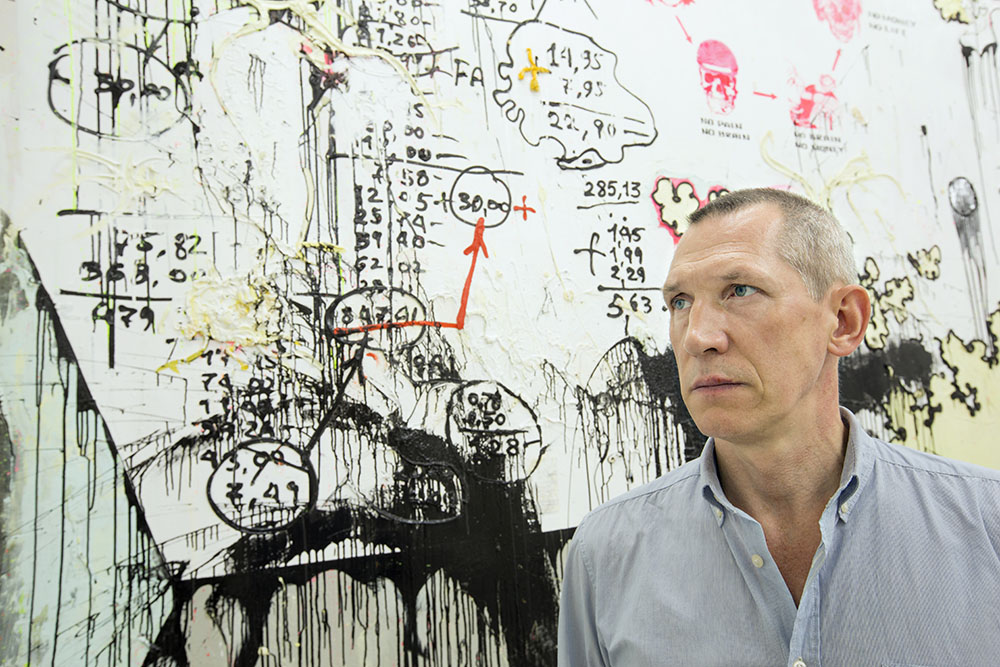 Visual artist Alexei Kostroma can by no means be accused of being a bore. In his work he explores both the material and theory of art from a range of perspectives. Kostroma left Russia over 10 years ago to continue his work in Berlin. ARTPRESS talked with him about light, material, and his artistic and theoretical approach to making art.

You have a very interesting way of working with light. What role does light play in your work?
I have discovered for myself the new philosophical meaning of color, time, and numbers through sunlight. This has become the basis of my paradigm for the world. The Spiral-Driven Development of Color, my color theory, is one of the pivotal projects in my artistic practice that I started in 1997, and I have been working on it ever since. I often proceed as follows: gazing at the sun, I close my eyes and then observe and analyze how color develops on my retina. Over the course of such experiments, I came to the conclusion that a spectrum has a cycled or spiral-driven development over time. Time plays a central role in our perception of color on physiological level. Then I divided up the colors according to their light wavelength and assigned them numbers. Violet has the shortest wave, and I labeled it with number 1. Dark red (purple) has the longest wave, and I labeled it with number 9. This enables me to describe the whole color spectrum using row of numbers from 1 to 9. In 1999 I started to develop the concept of figurative-numerical painting, and I began to paint using colors according to numbers. Sunlight therefore opened up a new painting system for me. 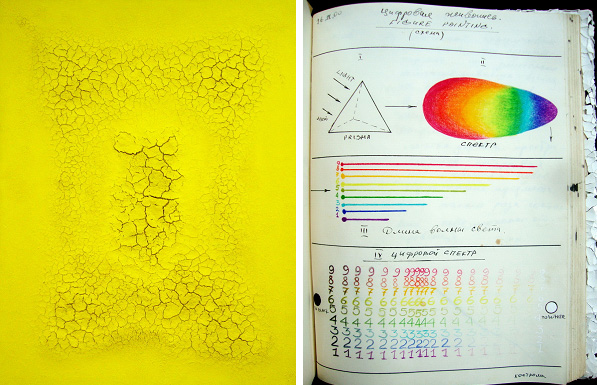 The materials you use in your installation are often at odds with your subject matter. Do you have a semiotic approach to your work?
Each artist uses a code system of some kind in trying to express his attitude to the outside world. I also developed my own consistent system of signs and codes, which people now recognize. Working with numbers, I code my attitude to the world and to the social system. For instance in the series Debts and Bills I study and analyze the dependence of an individual on the financial system through numbers and debts. In the series of figurative-numerical painting (FNP) I code information on wildlife and nature. For instance, wings of butterflies are not just a beautiful ornament within organic life but also a secret communication language of insects that I transcribe using numerical language.
In my objects and installations I commonly use organic materials, which have became signs of my individual style, i.e. feathers, eggshells, and organic yellow pigment. The lightness of the white feather is associated with Spirit, a shell that protects life is linked with organic matter, whereas the lemon yellow pigment is a manifestation of energy.

You are a Russian artist living in Berlin. What interests you the most in the Berlin art scene? Does this influence your work?
I’m a Russian-German artist living in Berlin. I enjoy the Berlin art scene a lot. It’s very international and a real multicultural mix. It has a unique cultural milieu, sometimes even a bit crazy.  Berlin is a very vibrant city; its free atmosphere inspires me, and this is exactly the reason why I live and work here.

What projects are you working on within the next months?
For more than twenty years I have been propagating the idea of the ORGANIC WAY and ORGANIC IDEOLOGY. In the late 19th and early 20th centuries a Russian philosophical school viewed the world not as a fragmented system but as a unified universe.
In all of my works I am trying to speak about the interconnection of the small fragments with a gigantic system of global interrelations. Developing this notion, I have been working on two projects planned for 2015. One of them is an interactive installation, NANO 539, which encompasses 2,900 square meters and will be displayed in the Central Exhibition Hall “Manege.” The installation will represent the visualization of a microcosm enlarged to a gigantic size. My solo exhibition will take place at the National Museum of Kazakhstan in Astana. The work will put the theme of a New Silk Route connecting Europe and Asia into the actual context. I would like to have my other “UNO” installation project exhibited first in Berlin and then at other venues across Europe. It addresses the theme of the relationship between a human being and the universe. 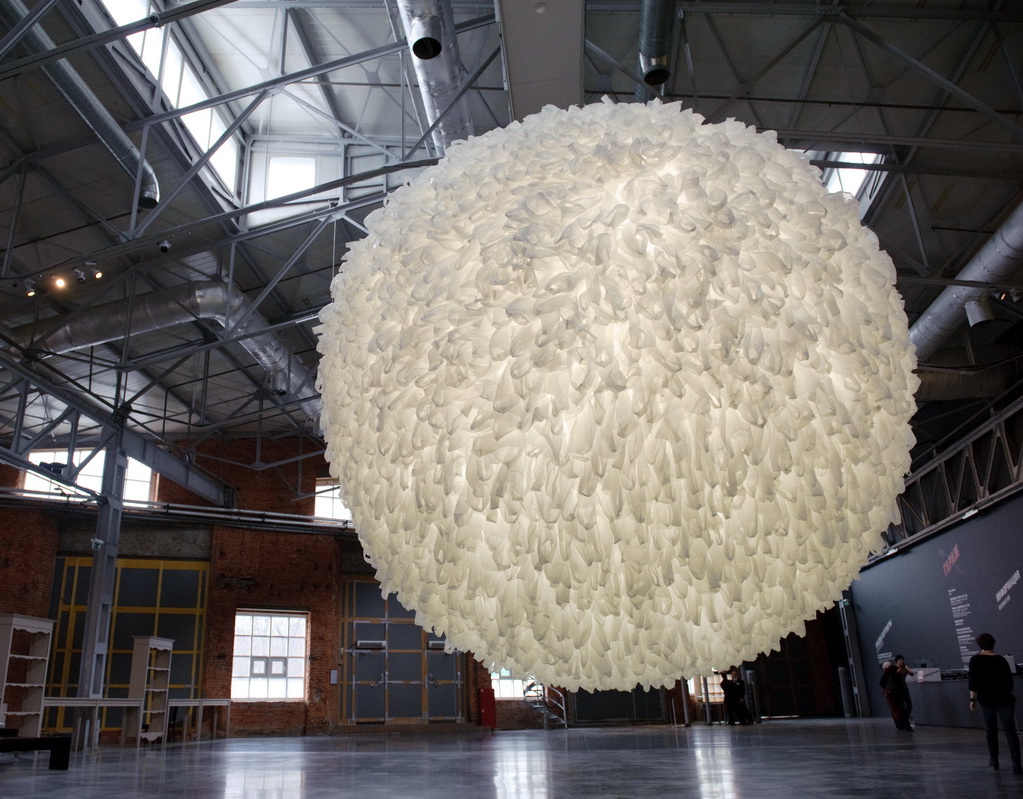